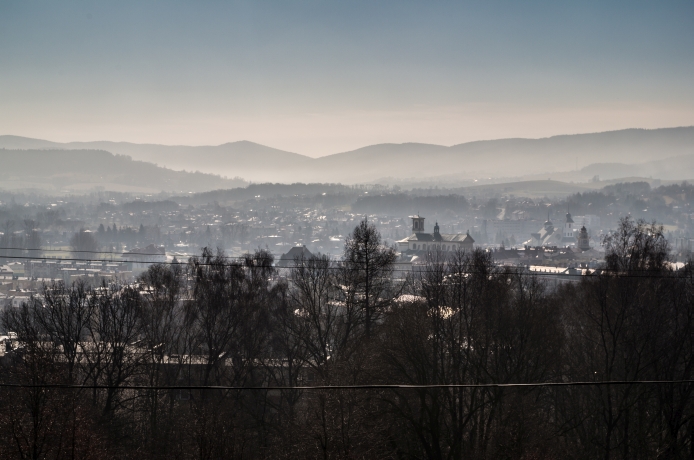 A special viewpoint is the Cemetery Hill at the Korczaka street. From the military cemetery no. 91 stretches a wonderful panorama of the town and the surrounding hills. The view of the Minor Basilica, church under the invocation of Queen Saint Hedwig, Town Hall, and visible in the background building of the Specialized Hospital of Henryk Klimontowicz will definitely catch your attention. The perceptive ones will be able to recognize several hills: mountain range of Ostra Góra, Kornuty, Brusy, Huszcza, Obocza, Wierzchowiny. Other highlands visible from the Cemetery Hill are: Cieklinka, Mały Ferdel, Ferdel, Łysula, Męcińska Góra and Zagórze. Gazing on the town lying at the foot of the Cemetery Hill, we can easily find a green enclave almost in the town centre – the Parkowa Mountain.

Gorlice’s Golgotha on the Castle Hill at the Zamkowa street 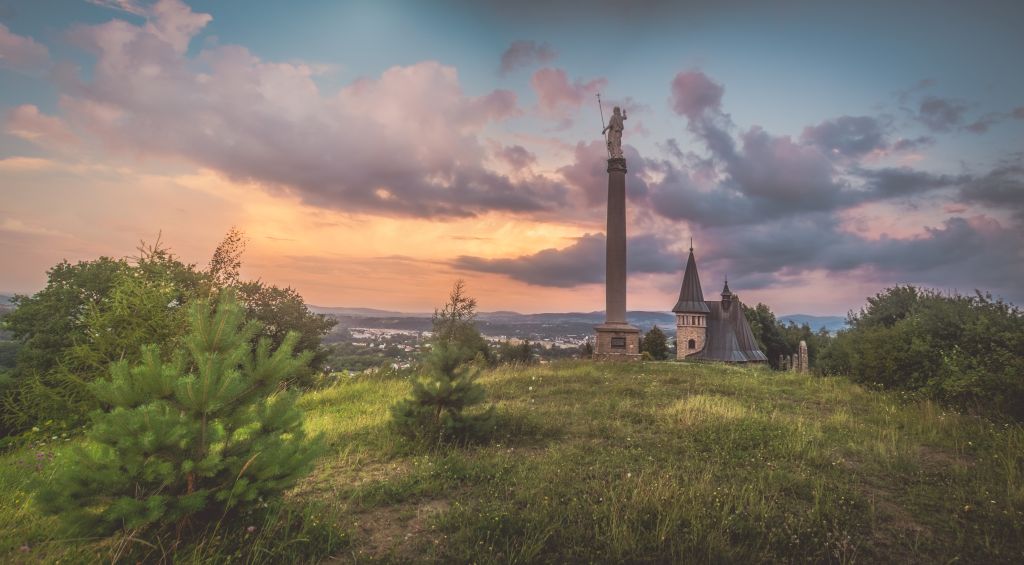 In the past, the Castle Hill had a cross with a plate from the 1980s that said “Pope John Paul II”. It is possible that the father of the Polish Pope, Karol Wojtyła senior, was stationed in the trenches as an Austrian sergeant during the World War I in the area of the hill and participated in the fights that took place from November 1914 to May 1915. The first Way of the Cross was held here in 1994 by the initiator of the Calvary construction – the parish priest of St. Andrew Bobola parish.
Golgotha – the place of suffering and death of Jesus Christ. The place of excruciating struggle of God-Human with manlike pain, helplessness and fear. But most of all, Golgotha is the place of God’s victory over sin and death. It is a hope for all of us - contemporary people: lost, fearful and often doubtful.

The Gorlice inhabitants have their own Via Dolorosa, where they go on pilgrimages, where they take their friends and which they show to the tourists with pride.  It is situated on a hill located over a kilometer from the Church of St. Andrew Bobola. Once we cross the stony gate, we enter almost a completely different reality. Walking pensively down the paths of Via Dolorosa in Gorlice, we admire the figure of Christ in the Gethsemane, the tower with Christ as the Man with Sorrows, the respective stations of the Way of the Cross, and finally, the Chapel of the Holy Sepulchre. The incredibly impressive 4-meter Figure of Christ Ascension, standing on a 12-meter plinth overlooks not only the hill, but also the entire town. It can be seen from very far away. It welcomes and blesses the inhabitants of Gorlice who return to their homes, as well as the visitors and tourists. 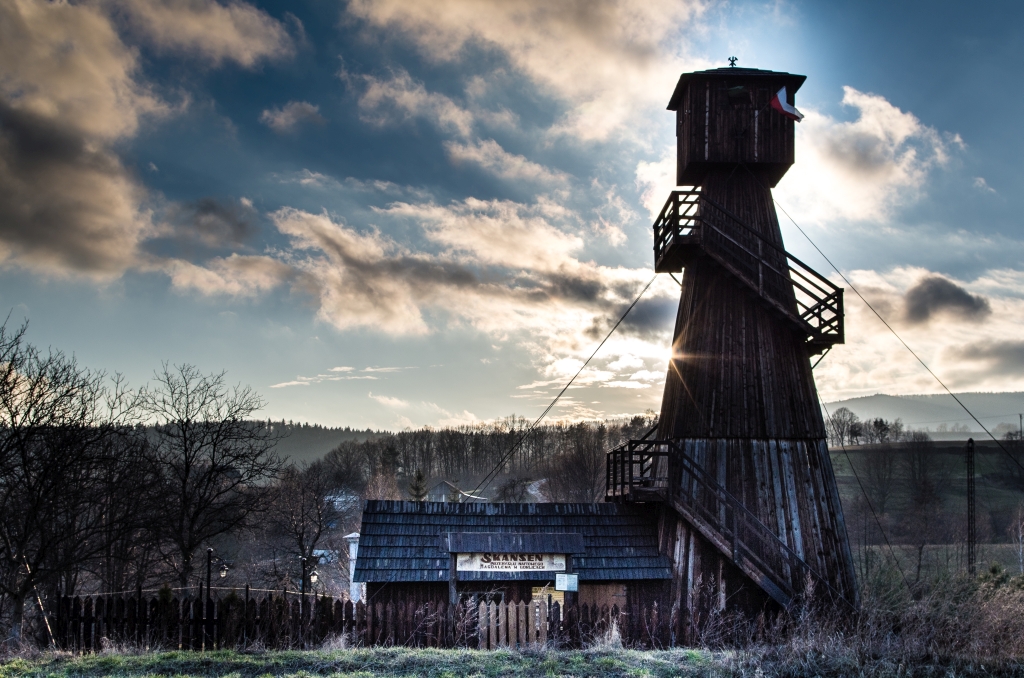 It is hard to imagine the landscape of Gorlice region without pumpjacks and drill towers, which are numerously visible on the fields of Siary, Sękowa, Kryg, Kobylanka, Lipinki and Biecz. Gorlice had its own oil mine “Magdalena”.  At this place in 1931 engineer Strzelecki discovered large deposits of the crude oil. The same year in October they started extracting the oil from the “Magdalena 1” bore. In 2003, after nearly 70 years of mine’s operation, the shutdown process was commenced. 2 years later, its last director – in order to save from oblivion “the treasure of Gorlice region” decided to create a private open-air museum of the oil industry on a plot at the Lipowa street.

Inside you may not only see the tools used for drilling petroleum more than 100 years ago, but also have a try at lighting fire with bellows in the forge, forge a horseshoe for good luck, bow to St. Barbara, see the beautiful panorama of the Beskid Niski mountains from the top of the drilling tower or excavate the „black gold” from the reconstructed „Ćwiartka” mine, which is guided by the Łebak (oil worker).

Tower of the Town Hall 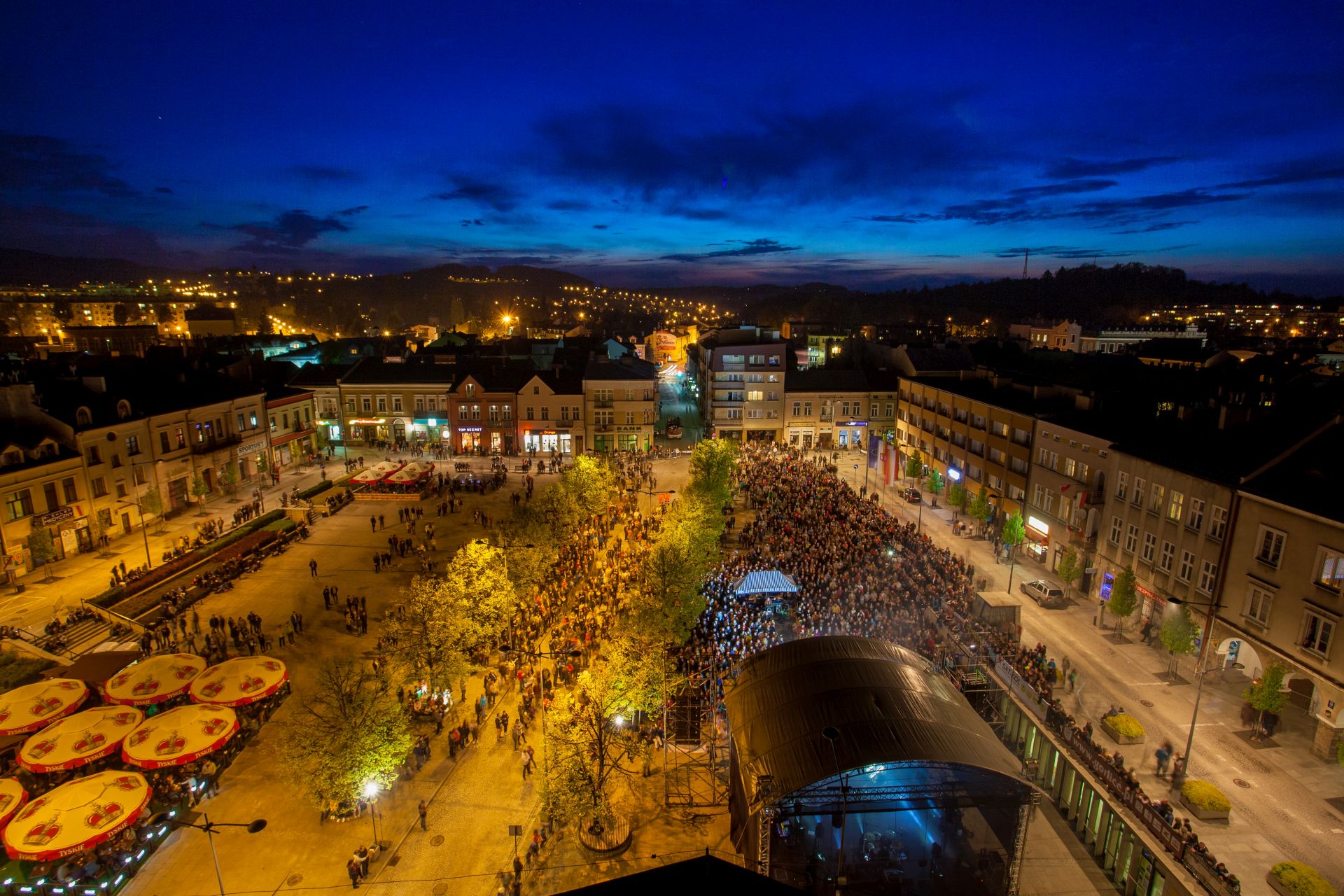 At the Market Square, the imposing building of the Town Hall stands. Its oldest corner part comes from years 1780-90. The building used to house a pharmacy where Ignacy Łukasiewcz used to work. The first record mentioning the Town Hall dates back to 1608. Unfortunately, the building was destroyed in the 17th century. The current structure of the Town Hall is a combination of several  buildings deriving from different periods which were conjoined during the reconstruction in the 19th century. The Town Hall’s clock tower was designed by Józef Barut and built on after the World War I. From a height of 22 meters we can admire a wonderful panorama of Gorlice and the general area.

Panorama visible from the Graniczna street
Gorlice is the unwritten capital of the Beskid Niski. It is a charming Galician town surrounded by many forests. The surrounding hills are very often referred to as the Gorlice Beskid. Gorlice look beautiful any time day or night, any time of the year and in any weather.