The history of Gorlice

The beginning of the town is strongly associated with the figure of Dersław I Karwacjan - Stolnik of Sandomierz, who was a Cracovian councilor and banker. In 1354  he received a royal permission from King Kazimierz the Great to establish a town near two rivers: Ropa and Sękówka. Initially, Gorlice was formed on Polish rights but at the beginning of the 15th century it was changed into Magdeburg rights. At that time Gorlice was mainly a trading town. Clothiers, shoemakers, sewers, bakers, brewers were famous not only in Cracow and in the towns of Subcarpathia, but also abroad: on the areas of today’s Slovakia. Gorlice had the privilege to organize weekly markets and big fairs twice a year which were numerously visited by Hungarian traders. 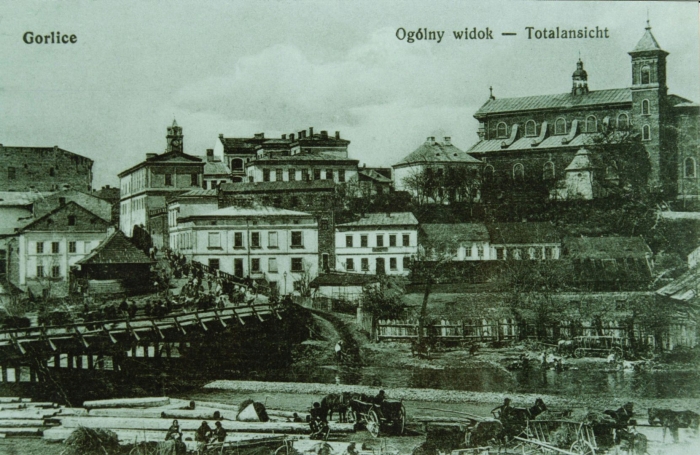 In the second half of the 16th century the Odrowąży Pieniążek Family inherited Gorlice. Due to them, the town became a very important centre of Calvinism in Subcarpathia. A colloquium of three faiths: Catholicism, Calvinism and Polish Brethren took place here. In 1625, the half of the town was redeemed by Rylska Family, devoted reformers. During the Swedish Deluge, the Rylska Family took the side of the invaders, whereas the Odrowąży Pieniążek Family remained faithful to the Polish King. In 1657 a unified Swedish-Transylvanian troop destroyed the part of Gorlice which belonged to the Pieniążek Family. The war had tragic consequences - out of 1200 inhabitants only 284 people survived. 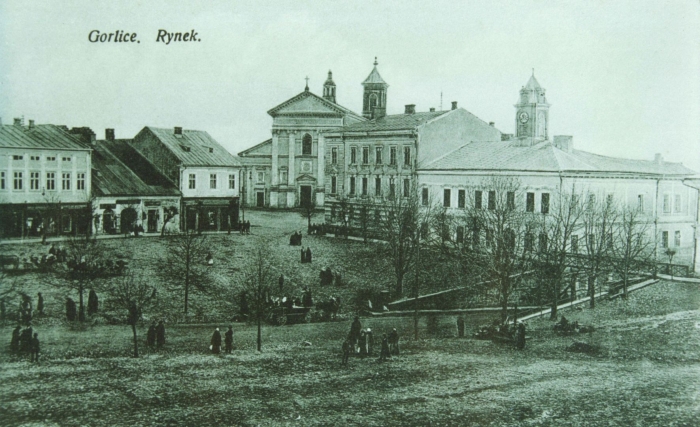 In the 18th century the town started gradually developing and eventually Gorlice was redeemed by the Łętowska Family.
After the first partition of Poland, our country remained under Austrian annexation. During that time Gorlice was well developed and famous for its trade and craft. Around the half of the 19th century the town had already 4000 dwellers. 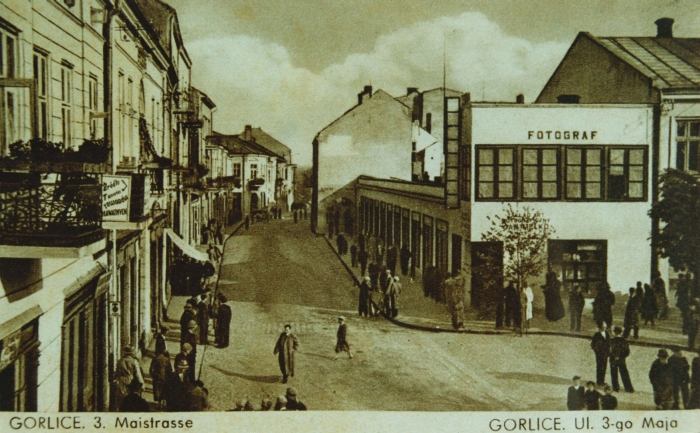 The growth of the petroleum industry turned out to be a ground-breaking event. Thanks to Ignacy Łukasiewicz, Gorlice became the cradle of the oil industry. The famous pharmacist lived and worked here from 1853-1858 and succeeded in constructing the first in the world street oil lamp. He also brought to perfection the oil distillation. Łukasiewicz was the one who formed the first mines, oil companies and build many distilleries. He also initiated the establishment of  the Polish Oil Association in Gorlice. Simultaneously, the first Polish journal about the petroleum industry “Górnik” appeared. 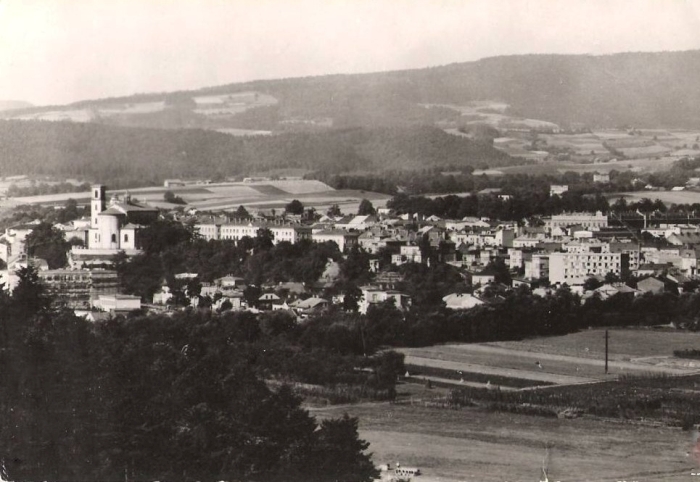 In 1865 the economic importance of Gorlice started increasing rapidly and as a result it became a County Town. Nine years later the town, which mostly consisted of wooden buildings, was severely destroyed due to a fire, albeit it was rebuilt pretty soon. On the Eastern part of Gorlice two important industrial plants  came into being: the Tools and Drilling Machines Factory and the oil distillery – which later on was transformed into an oil refinery. At the beginning of the 20th century the town had over 5000 inhabitants (in comparison: the nearby towns such as Jasło, Krosno or Sanok had only 3000 inhabitants). 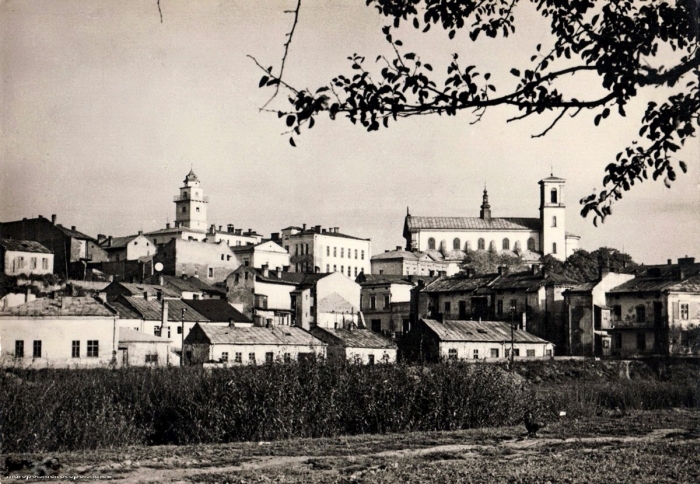 The dynamic growth of the town was unfortunately interrupted by the events of the First World War. Gorlice experienced 126 days of terror and on the 2nd of May 1915 a big offensive of the Central Powers against the Russian army started. As a result, Russians began a retreat in the direction of Przemyśl and to the very end of the war they were unable to regain their lost position. The Battle of Gorlice is considered as one of the largest on the Eastern Front, which had terrible consequences for the town - Gorlice was almost entirely destroyed. Because of its significance, the Battle of Gorlice is also called as “the little Verdun”. 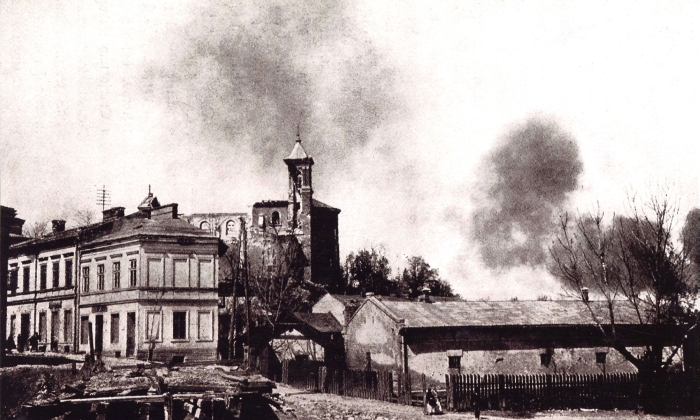 The damages of the war were repaired mostly during the inter-war period. At that time people were trying to restore peace in Gorlice and bring it back to life. However, the systematic development of  the town was interrupted by the outbreak of the Second World War. The quick passage of the frontline prevented Gorlice from another wave of havoc and destruction but unfortunately, the occupier took position of many valuable goods. 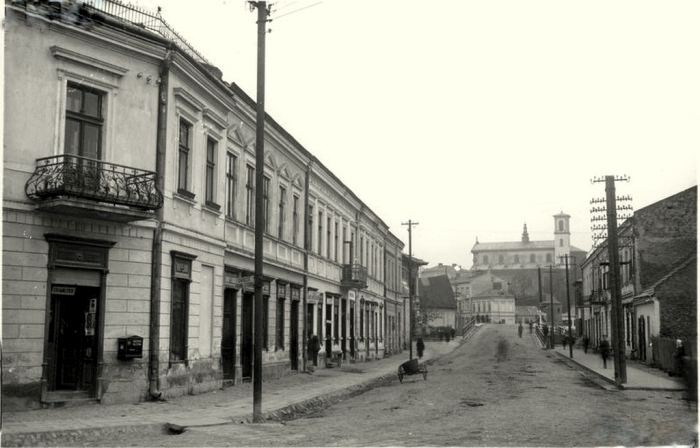 After the war, the town had a small population of only 6000 inhabitants. It started to restore the economy, especially the plants connected with the petroleum industry. Today, Gorlice with a population of about 30 000 people, has a well-developed industry  and is an interesting tourist destination.

First signs of settlement at the Ropa river.

The oldest settlement in the south-eastern Poland appeared in Biecz.

Gorlice was established by a Cracovian councillor and banker Dersław I Karwacjan. He received a royal permission from King Kazimierz the Great to form a town near two rivers: Ropa and Sękówka.  Initally, the Polish rights were granted to Gorlice.

During the reign of Władysław Jagiełło, the Polish rights were replaced with the Magdeburg law.

The first school in Gorlice.

The half of the town was redeemed by the Rylska Family which during the Swedish Deluge took the side of the invaders. On the other hand, the Pieniążek Family remained faithful to the Polish King - Jan Kazimierz. Under the rule of both families, Gorlice was one of the most important centres of Calvinism in Poland. Immediately, the town became a highly significant trade centre.

„Swedish” deluge in Gorlice. The incursion of Jerzy Rakoczy’s troops. Many buildings were destroyed: the manor house, the church, the Town Hall and other dwelling houses.

After the war Gorlice had only 284 inhabitants.

The owner of Bobowa, Michał Jaworski, gave Jews the permission to settle down in Gorlice.

The new possessors of the town – the Stadniccy Family rebuilt the Pieniążek Mansion.

A wooden church of Saint Nicholas (near the former Cracovian Route) was demolished.

Ignacy Łukasiewicz was living and working in Gorlice. In the place of today’s Town Hall he was running a pharmacy.

At the intersection of the Węgierska and Kościuszki streets the first in the world street oil lamp was ignited.

The County of Gorlice appeared.

The general population census took place. The town had 4692 inhabitants.

Great Fire in Gorlice. 437 buildings and the church burned down. The town records were destroyed as well.

Renovation of the church according to the design of Francesco Pavoni and Maksymilian Nitsch. The church was re-built in neo-renaissance style.

The establishment of  the Polish Oil Association in Gorlice.

Gorlice had 4784 inhabitants, the half of the habitancy was Jewish.

The first Polish journal about the petroleum industry “Górnik” was published.

A railway connection between Zagórzany and Gorlice started functioning.

The Gymnastic Association “Sokół” was established.

The Sulphuric Acid Factory was established in Gorlice. Mc Garvey and Bergheim received concession to set up the Galician Carpathian Oil Association in Glinik Mariampolski and their workshop started functioning as the Tools and Drilling Machines Factory.

The Town Park was established in Gorlice.

The middle school was created.

The construction of a new school started (it was finished a year later - today’s Kromer Secondary School.

The outbreak of the First World War.

The Battle of Gorlice – the Austro-Hungarian troops forced Russians to retreat in a direction of Przemyśl. The Battle had serious consequences for the whole town - it was almost entirely destroyed.

The accession of  the territory of Gorlice by German Army.

In Gorlice Germans executed around 8200 Polish, Jews and Romanies.

The County Public Library was set up in Gorlice.

The establishment of the PTTK Regional Museum of Ignacy Łukasiewicz in Gorlice.

Many residential settlements and sports facilities were built.

The creation of the Starosty of Gorlice.

The Special Economic Area „EURO-PARK MIELEC” was created in Gorlice. The area comprises  29,36 hectares in the „Glinik” district in Gorlice.

A ringway was created around Gorlice (the trunk road no. 28 Zator-Przemyśl).

The revitalization of the Old Town.